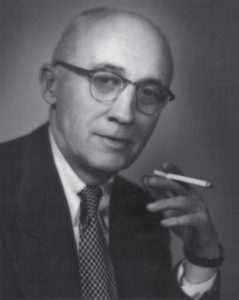 Many remember him or have heard stories about him as a kind and caring physician who in the early years rode a horse to homes for patient care and lived in a beautiful white house in Bakersville beside his office. Remembered most likely also that he was married to Ruby Sisk Gouge a highly regarded local and state level educator who among many community contributions started the first library in Bakersville. A couple of other stories about him may not be as familiar.

Arthur Edward Gouge was born in Glen Ayre on August 6, 1891 to William Anderson and Minerva Ellen “Nervie” Sparks Gouge. He had a sister, Virginia and two brothers, Walter who died at age 7 and Stokes W. He graduated from the Bowman academy and attended the Medical College of Virginia in Richmond graduating in the class of 1917. He registered for the draft in May of that year in Richmond.

Returning home to Bakersville, he established his practice and the next year he and Carrie Lee Pritchard, school teacher and daughter of Mitchell County Sheriff George K. Pritchard obtained their marriage certificate in Washington County, Tennessee on April 11, 1918. He was 26 and she was 24. Arthur was called into service as a 1stLieutenant and sent to Fort Oglethorpe, Georgia for training on May 7, 1918. He was assigned to Med C of the 807thPioneer Infantry and left Hoboken NJ on September 4, 1918 on the Maui not to return until March 1, 1919 from France on the Turrialbo. Tragically, Carrie died on November 14, 1918 with her death certificate showing: Cause of Death “not known.” However, local stories say she died from a broken heart. She rests in the Historic Bakersville Cemetery in view of her parents’ graves.

The 807thwas an African American unit with much distinction. They were responsible for constructing roads and bridges meaning that they were often on or near the front lines and as such, the 807thhad some of the heaviest casualties in the War, meaning that Lt. Gouge was most likely very busy. They served to the end of the war and won distinction during the Meuse-Argonne offensive including the honor of attaching silver bands to their regimental colors. The unit is famous also for its regimental band which was detached from the regiment and made the post band of the First Army Corps after it won a competition against 4 other bands from all white regiments.

The leader of the band was Will Vodery who returned to the States and collaborated with the likes of George Gershwin, Jerome Kern, Duke Ellington, Florenz Ziegfeld, and Ethel Waters among many others.

Dr. Gouge was discharged on March 5, 1919 with no wounds and 0 percent disability. For about 3 years, he made a name for himself as a competent Bakersville physician often traveling on horseback to outlying homes. In 1924 he traded riding his horse for driving an automobile. 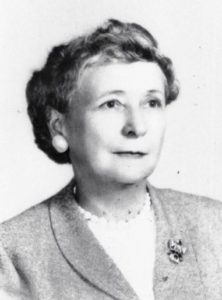 But his life was to change. According to newspaper records, Ruby Juanita Sisk from Macon County, an honors graduate from the University of North Carolina at Greensboro, and former Principal at South School in Mooresville, NC was recruited by Mitchell County Superintendent Jason Deyton in 1923 to help him make dynamic changes in the area schools. Around mid-August Miss Sisk was in a car accident near Bakersville in which her collar bone and several ribs were broken. It has been speculated that perhaps Dr. Gouge attended to her. Regardless, the rest of the story is that she and Dr. A.E. Gouge were married on October 18, 1923 in Marion by the Rev. J.T. Bowden and witnessed by her parents, Ray and Emma Guy Sisk. They lived happy and productive lives for 52 years in Bakersville until his death at 84 in 1975 and hers at 89 in 1988. Both rest in the Bakersville Memorial Cemetery.

Thanks to Jonathan Bennett for information and review of this piece.

The home (on the right) of Dr. Arthur E. Gouge in Bakersville. Dr. Gouge’s office is the building on the left.