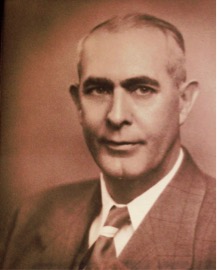 Jason Basil Deyton was born to Nathan and Buena Vista Masters Deyton on February 13, 1894, near Red Hill, NC. Jason graduated from the short-lived Stanley McCormick Institute in Burnsville. The school was named for her son and funded by Mrs. Nettie McCormick, widow of the inventor Cyrus, and was operated under the direction of the Church and Country Life Department of the Presbyterian Board. It was a type of Fircroft folk school originating in Denmark and Finland, adopted by British Educators, and brought to America by John C. Campbell among others, with the Penland School of Crafts also a model. The Institute was a boarding school and the girl’s dorm is now operated as the Terrell House Bed and Breakfast. It is apparent that this experience influenced his career as an educator

As a Private in the 321stInfantry he was shipped out on the City of Glasgow from Philadelphia on July 31, 1918. The 321stsaw steady fighting through the fall, and on the morning the Armistice was signed they “went over the top” and attacked enemy trench positions with many casualties before the firing abruptly stopped at 11AM. 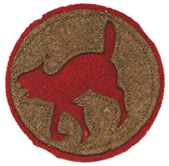 The 321st was called the “Wildcat” Division as a nod to the short-tempered wildcats of the South.

Jason became the Superintendent of Mitchell County Schools in 1921, then left the position in 1926 to become a history teacher at Harris High School. Later he was appointed Principal and then returned in 1939 to the position of Superintendent which he maintained until 1961. In 1932 he received his master’s degree from UNC Chapel Hill and later went on to pursue post-graduate study at Syracuse and Columbia Universities.  During his tenure, he had to deal with school burnings, oversaw schools being built, was an advocate for an occupational curriculum, encouraged innovative teaching among all teachers, and was a well-respected administrator.

Wilma Dykeman (The French Board) and Muriel Earley Sheppard (Cabins in the Laurel), both highly regarded authors, during an interview published in 1954, praised his “The Toe River Valley to 1865,” for its important contributions to their writing. This work was his master’s degree thesis from UNC-Chapel Hill in 1932 and was later published in The North Carolina Historical Review for October 1947. It has been acclaimed as the most comprehensive study of the county to date and has been quoted frequently by students and local historians. It served as the basis for the play, “The Heritage of Toe River Valley,” created by students and teachers of Mitchell County Schools during the 1941-42 school year under the supervision of Mrs. Ruby S. Gouge. This play and Jason’s thesis were used also by Mrs. Ethel Blevins and Ms. Helen McBee to write the play, “A Place of Some Mark,” celebrating Bakersville’s centennial in 1956.

In addition to his successful role as Superintendent of Schools, Jason made many other important community contributions, including organizing the first Boy Scout Troop in Mitchell County and serving as Chair of the War Bond Committee during WWII and as County and Regional Library Board member, serving as Chair from 1940 until 1968.  He was President of the Spruce Pine Rotary Club, took appointments to State and International Rotary Offices and leadership in the Mitchell County Democratic Party among others.

He was a frequent featured speaker at historical and community development functions for many years including the 1964 program honoring the Revolutionary War and local contributions of David Baker.

Jason married Nelle English Phillips on May 11, 1922. He was 28, she 26. They were the parents of Susan Deyton Dotti and Jason B. Deyton, Jr. both of whom went on to have notably creative and productive lives.

Ashton Chapman characterized Deyton in a 1948 newspaper article: “Jason B. Deyton, who would be described as ‘tall, dark and handsome’ if his twinkling-eyed smile and low, well-modulated voice were ever screen and sound tested by Hollywood, is the present editor of Pick and Shovel(a Rotary Club publication).”

However, he was not a perfect citizen. In 1959 he was charged with improper passing which cost him $10 in fines. Other than this egregious disrespect for the law, Jason Basil Deyton’s life and service epitomize his alma mater’s motto: “Do good on the largest possible scale.”