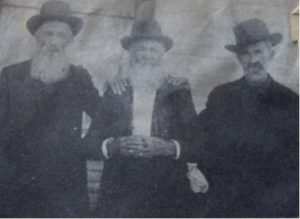 At least three different versions of Charlie’s capture, escape, and eventful walk home from South Carolina during the Civil War have been gleaned from reliable local sources, including Harvey J. Miller.  None of those sources indicate why Charlie joined the Union Army instead of the CSA. Perhaps the reason lies with his ancestors’ American military history.

Charles Carson Byrd was born 11/12/1840 in Yancey County, NC, to George “Broke Leg” Washington and Betsy Jane “Jennie” Phillips Byrd. His father’s name obviously came from his great-grandfather’s relationship with George Washington and the nickname from a horse-riding accident.

George Washington Byrd was born 3/10/1791 in what was to become Yancey County to William Kimsey Byrd Sr. son of Col. George William Byrd and his English-born wife Margaret Mary Ann “Annie” Hutson.  Revolutionary George William Byrd received his rank serving in his native state of Virginia’s Militia. One of his assignments was to guard the transfer of funds in French gold from the Marquis de Lafayette to General George Washington. He also witnessed the surrender of Cornwallis at Yorktown on 10/19/1781. Col. Byrd married Annie in 1778, and their first child William Kimsey Byrd was born in Virginia before the war’s end. Three other children were born in Virginia as well. About 1796, George William used his military service accounts to purchase land and move to the western frontier of North Carolina.

Charles’ Grandfather William Byrd served in the War of 1812. With the stories that Charlie heard growing up, his loyalty to the Union is understandable. However, his uncle, the Reverend Samuel J. Byrd was brutally killed by Union sympathizers under the leadership of Captain John Bennett after burning his home on Jack’s Creek.

According to one source Charlie found his way into Captain Benjamin Steven’s 9thMississippi Cavalry; according to the Muster Roll, a Charles Byrd did serve in that unit. The date and place of enlistment for all of those on the roll was 5/14/1863 at Enon, MS, some 530 miles from Yancey County, so this may have been a different individual. Research is in progress!

The details of where and when are scarce; however, we do know that Charlie was enlisted in the Union arty and was captured by Confederate soldiers. We are fairly certain that after he was captured, he was put on a train, likely to South Carolina. One source says Columbia; however, the Camp Sorghum there, later named Camp Asylum, was for officers only. Instead, perhaps he was on his way to the Florence Stockade, which was for enlisted men.

When he was captured he hid a knife in his boot. The prisoners were put into railroad boxcars made of Poplar, a relatively soft wood. On the way, he and a fellow prisoner by the name of Smith either found a loose board or began to cut their way through the side of the boxcar. By the time they neared their destination, they had made a hole big enough for them and perhaps others to jump out. Smith broke his leg in the jump, but Charlie would not leave him.  They hid by day and traveled by night. Charlie, with the experience and knowledge of a mountain man, was able to lead them in the direction of home. They took whatever food they could find along the way. Caring for Smith’s leg slowed them, but Charlie never abandoned him. Somewhere, supposedly near the state line, the two parted ways and Charlie headed to Pigeon Roost. It took him 30 days to get back home.

Known later as “Civil War Charlie” by some, he returned to his bride he married in 1860, Hannah Elizabeth “Liza” Griffith, and parented eight children before Liza died in 1919. Charlie went on to enjoy multiple grandchildren until his death 11/27/1933. It is said that Byrd Creek is named for him.

The MCHS is grateful to Keith Masters, Scott Griffith, Harvey J. Miller, Lloyd Bailey, and documentation from Ancestry.com and Findagrave.com for information to create this article. As with many stories from history, there can be errors of fact and speculation; evidence to the contrary will be greatly appreciated and warmly received.