Transcript of the Episode 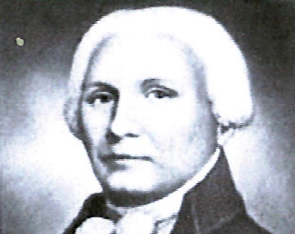 In September, 1780, a ragtag group of backwoodsmen from what is today North Carolina, South Carolina, Tennessee, and Virginia assembled to begin a journey to defend their homes and belief in liberty. They met their destiny at Kings Mountain and this is their story. The Mitchell County Historical Society presents Footsteps for Freedom: The Road to Kings Mountain. Episode Ten: “Quaker Meadows” Joseph McDowell.

He began his military career in 1776 at age 20 as a member of his brother Colonel Charles McDowell’s regiment in a fight against Scottish Tories. In July, 1776, the two McDowell brothers joined in the fight against the Cherokees as they commenced their attacks in the North Cove and northern Burke County areas around Linville Falls. Quaker Meadows Joe was given the rank of major as he and his brother served with General Griffith Rutherford in his expedition against the Cherokee in the fall of 1776. In 1779, he fought at the Battle of Stono River and was involved in the Battle of Ramseur’s Mill in June 1780.

Quaker Meadows Joe accompanied his brother Charles into South Carolina to the summer battles of 1780 that led up to Kings Mountain. In particular, he fought at the Battle of Musgrove’s Mill in August before the fateful battle with Ferguson. As the force was retreating from Musgrove’s Mill, they fought a skirmish at Cane Creek where he distinguished himself by leading the Burke County regiment against Ferguson and the Loyalists. Severely outnumbered, Quaker Meadows Joe took his men over the mountains into what is today Tennessee. It was then that Ferguson issued his challenge and plans began to attack him in earnest.

Quaker Meadows Joe returned to his home in Burke County after plans began to be made to get Ferguson. He generated support for the Patriot cause and he and his brother Charles hosted the Overmountain Men at their settlement, with their ranks swelling to over twelve hundred. Ecstatic to see so many armed men turn out to support the cause, he offered up his livestock for a feast and allowed his wooden fence rails be used to fuel their campfires. As they began the march south from Quaker Meadows a crisis arose in determining who should have overall command. It was determined that Colonel Charles McDowell who was the senior officer was too old to lead the group. However, that was likely a face-saving excuse, as many of the officers and men blamed Charles for some command failures in the summer campaign that led to the needless deaths of some of his men. Finally, Charles left his regiment to deliver a request to General Gates to assign Continental officer Daniel Morgan to command, leaving his brother Quaker Meadows Joe in charge of leading the ninety men at Kings Mountain.

After the battle, Quaker Meadows Joe saved the life of Arthur McFalls, who was captured while serving with the Tories at Kings Mountain. Arthur’s brother John was hanged for outrages he had committed against Patriot families, but Quaker Meadows Joe stepped in, noting that Arthur had given good service with him against the Cherokees and argued that the wound in the arm Arthur received should be “sufficient admonition” not to be involved in fighting the Patriots again. Pleasant Gardens Joe also supported giving clemency to Arthur for which Arthur remained grateful until the end of his days many decades later.

Quaker Meadows Joe returned to his plantation after the battle, but returned to fight at Cowpens in 1781. His final service in the war was an expedition against the Cherokee in 1782.
After the war, he practiced law in Morganton and served in the state legislature from 1780 to 1789, then the state senate from 1790 to 1795. Quaker Meadows Joe, his brother Charles, and cousin Pleasant Gardens Joe all attended the constitutional convention for North Carolina, with Quaker Meadows Joe voting against it due to the lack of a bill of rights. In 1789, he was named to the first board of trustees of the University of North Carolina at Chapel Hill. He also served in the third and fifth U.S. Congress. He later moved to Kentucky for a brief period in 1800 after serving on the commission that surveyed the boundary between Kentucky and Tennessee and being impressed with the region. However, he returned to Quaker Meadows in 1801 and died from a stroke shortly afterwards.

And as for cousin “Pleasant Gardens” Joe who served under Quaker Meadows Joe at Kings Mountain and we haven’t discussed very much? Like his cousin, he saw action against the Cherokee and was rewarded for his service at Kings Mountain with a war trophy, in his case Ferguson’s china dinnerware. He too practiced law, served in the House of Commons, at the Constitutional Conventions of 1788 and 1789, and as a trustee of the University of North Carolina (you know, just to keep things confusing). However, he died May 18, 1795 at the age of 37. In 1842, he was posthumously honored by having McDowell County named after him.