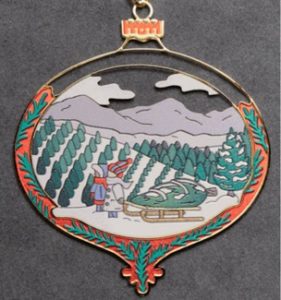 In 2005 the Fraser fir (Abies fraseri) was adopted as the official state Christmas tree of North Carolina.

The idea came from eighth-graders in Mr. Chris Hollifield’s North Carolina History Class at Spruce Pine’s Harris Middle School who petitioned legislators to bestow the special recognition upon the popular conifer after learning of the economic impact the tree had in the state. The bill was introduced by state Representative Philip D. Frye, also of Spruce Pine.

Known as the Cadillac of Christmas trees, Fraser firs are grown in North Carolina. The tree was named for Scottish botanist John Fraser who explored the Southern Appalachian mountain region during the late 1700s. The evergreen grows in a cone shape and can reach 80 feet.

Trees are raised in more than a dozen western counties, with Alleghany, Ashe and Avery, and Mitchell being the top producers.

North Carolina Fraser firs are known throughout the country and North America. They have been displayed in the White House more than any other species of tree.